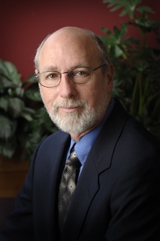 Dr. Brothman has been involved in clinical and research cytogenetics since the late ‘70s. He has maintained clinical diagnostic laboratories in Virginia and Utah which evaluate cells for chromosomal abnormalities for both constitutional and acquired abnormalities. His primary research interests have been in prostate cancer and genomic technology applications. Specifically, his group was among the first to study prostate tumors and characterize chromosomal aberrations associated with prostatic tumors. This expanded to molecular analyses including in-situ hybridization (FISH), comparative genomic hybridization (CGH), and most recently cytogenomic microarrays (CMA). He has translated all of these research technologies into diagnostic testing through the clinical cytogenetics laboratory. His group was one of the first to offer CMA testing in a clinical setting. His primary appointment at the University of Utah is in Pediatrics, and he holds adjunct professorships in both Human Genetics and Pathology. He transitioned his laboratories (clinical cytogenetics, FISH and CMA) to ARUP Laboratories in 2007.

Dr. Brothman has been involved in teaching of undergraduates, graduates, residents and fellows in many aspects of genetics and cytogenetics. He serves on the College of American Pathologists/American College of Medical Genetics Cytogenetics Resource Committee, which offers proficiency testing of laboratories and designs checklists used for inspection for accreditation. Included in his service work, he has been active in the Southwest Oncology Group, the Children’s Oncology Group, and multiple peer review committees through the National Institutes of Health and the American Cancer Society. He is a former member of the Board of Directors for the American Cytogenetics Conference, and among other national appointments he is a Founding Fellow of the American College of Medical Genetics. He is Associate Editor of the journal, Cancer Genetics, and is involved in multiple reviews of various journal articles and extramural grant applications each year. He has served on the University of Utah Academic Senate and the University of Utah Personnel and Elections Committee.