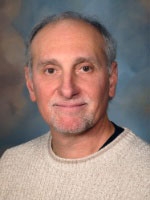 Michael Caserta, PhD, is a Professor in the Gerontology Interdisciplinary Program in the College of Nursing at the University of Utah. He holds the Robert L. and Joyce T. Rice Presidential Endowed Chair in Healthy Aging and is an associate of the University of Utah Center on Aging and Hartford Center of Excellence in Geriatric Nursing. He is also a member of the Huntsman Cancer Institute's Cancer Control and Populations Sciences Program and an Adjunct Professor of Health Promotion and Education.

Dr. Caserta has published widely in the areas of spousal bereavement, family caregiving, and health promotion and self-care following cancer death. He is now a project leader on a P01 project funded by the National Cancer Institute that addresses ways to enhance end-of-life and bereavement outcomes for cancer caregivers in hospice settings. This project provides an individually tailored intervention approach centered on bereavement support and education related to self-care and daily living challenges posing the most difficulty in the daily lives of bereaved caregiving widows and widowers.

Dr. Caserta earned his BA in Sociology (1976) from the College of Holy Cross (Worcester MA), an MS in Sociology (1984) and PhD in Health Education (1992) at the University of Utah. He has been a member of the Gerontology Faculty at the College of Nursing since 1989. He is active in several professional organizations including the Gerontological Society of America (where he co-convened an interest group on death, dying, bereavement and widowhood), Association for Death Education and Counseling, and the American Association for Health Education. He also is a founding member of the Utah Gerontological Society (now the Utah Aging Alliance), serving as its president in 2000, and was honored as the 2013 recipient of the Alliance's Pioneer Award. Dr. Caserta received the College of Nursing Excellence in Research Award in 1998. In addition to his own work, he regularly reviews manuscripts for professional scientific journals and has served on several editorial boards.