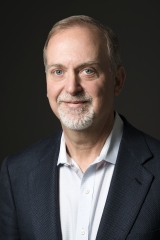 Donald E. Kohan, MD, PhD, is a Professor of Medicine at the University of Utah. As a nephrologist, his clinical interests include general nephrology and hypertension.

Dr. Kohan received his MD from the University of Miami. He received training in medicine and nephrology from Washington University. In the past, Dr. Kohan served as Chief of Medicine at the Salt Lake Veterans Affairs Medical Center and Chief of Nephrology at the University of Utah. He is a member of a number of nephology societies.

A major focus is examining the role of collecting duct-derived endothelin in regulating systemic blood pressure and renal sodium and water excretion. We pioneered cell-specific gene targeting in the kidney using the Cre-loxP system and have used this technique to knockout components of the endothelin system selectively in principal cells of the collecting duct. Collecting duct endothelin-1 knockout mice are hypertensive and have impaired ability to excrete a sodium or water load. Knockout of collecting duct endothelin receptors revealed an important autocrine system for control of blood pressure and sodium excretion in health and in hypertension. We are now investigating how the renal endothelin system is regulated, using whole animal transgenic, cell culture and molecular biologic techniques.

We investigate the role of specific adenylyl cyclase isoforms in mediating the renal actions of vasopressin. These studies involve cell-specific knockout of adenylyl cyclases followed by whole animal and cell and molecular biologic characterization of the phenotype.

Our laboratory also studies the role of the intrarenal renin-angiotensin system in the control of system blood pressure and urinary Na excretion. These studies include development of mouse models over- and under-expressing components of the renin-angiotensin in specific renal cell types.

Finally, we are examining how cilia and polycystins regulate blood pressure and renal function in health and disease. These findings are related to alterations in nitric oxide, endothelin and purinergic signaling.