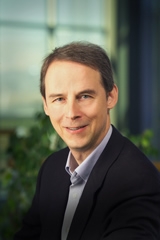 Dr. Wittwer is currently the medical director of Immunologic Flow Cytometry at Associated Regional and University Pathologists (ARUP), Salt Lake City, UT. In the early 1990s, he initiated molecular diagnostics at ARUP by forming its first molecular lab. From 2002 to 2012 he served as medical director of the Advanced Technology Group at ARUP. He currently signs out flow cytometry and high resolution molecular genetics cases by DNA melting. He is board certified in anatomic and clinical pathology by the American Board of Pathology.

In 1990, Dr. Wittwer co-founded BioFire Diagnostics, a company that has now grown to over 600 people and is located in the University of Utah Research Park. He is the primary inventor of the LightCycler® system, with over 10,000 units placed worldwide by Roche and served as Chairman of the Board from 2012-2014 until the company was acquired by BioMerrieux. In 2003, a portable version of the LightCycler, the R.A.P.I.D.® was selected as the real-time PCR platform for military defense against biologic weapons by the US government. Dr. Wittwer holds 37 US patents and their foreign equivalents. He received small business innovation awards in 1999 and 2002, the State of Utah Governor’s Medal for Science and Technology in 2003 and the IQLM Technical Advancement Award in 2005. Since 2003, he has directed the State of Utah Center of Excellence on “Homogeneous DNA Analysis”. The Center focuses on high-resolution DNA melting of PCR products, developing methods for genotyping (unlabeled probes, snapback primers, amplicon melting), mutation scanning, and sequence identity. The FilmArray is a BioFire Product that was FDA approved in 2011 for upper respiratory infection diagnosis. A one-hour sample-to-answer platform that indentifies 20 different respiratory pathogens, it is enjoying rapid commercialization as an easy-to-use, point of impact diagnostic platform. Additional FDA-approved panels on the FilmArray include identification of pathogens causing positive blood cultures and diarrhea. A meningities panel is under review by the FDA, and preclinical work for a pneumonia panel is underway.