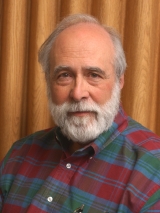 Having crafted a career in the development of educational tools that gained national and international recognition, Dr. Bloom has spent a decade as the Vice-Chair of the Department of Pediatrics in charge of Educational Programs. During this time he also developed educational programs for Eastern Europe and Asia. Now, in addition to his clinical responsibilities, along with continuing to develop educational materials, Dr. Bloom is using some of the resources he developed over the years to help facilitate some international research programs at both a basic and translational level.