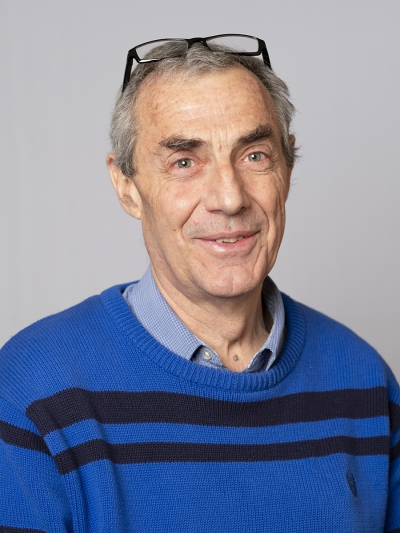 Dr. Dennis Parker earned his MS in Physics from Brigham Young University and his PhD in Medical Biophysics and Computing from the University of Utah. He is the Mark H. Huntsman endowed Professor, in the Departments of Radiology and Imaging Sciences, and Biomedical Informatics. He served as the founding Director of the Utah Center for Advanced Imaging Research from 2003 to 2016. Dr. Parker is also an investigator of the Huntsman Cancer Institute and a member of the Experimental Therapeutics Program.

With more than 40 years of experience in medical imaging research and image guided therapies, Dr. Parker has published extensively in his areas of expertise. These areas include: physics and mathematics of medical imaging, Magnetic Resonance Imaging (MRI), Magnetic Resonance Angiography (MRA), and MR guided High Intensity Focused Ultrasound (MRgHIFU) in breast and pancreatic cancer, as well as general cancer magnetic resonance imaging. He published the first paper on using MRI to measure temperature with the intent of guiding thermal therapy of cancer and has been one of the principal faculty in developing the University of Utah's program in MRgHIFU for thermal therapy applications.

Prior to joining the University of Utah in 1982 as an assistant professor, Dr. Parker was an assistant professor at the University of California at San Francisco. In 2000, he received the Distinguished Research Award from University of Utah and prior to this was appointed President of the Magnetic Resonance Angiography Club (1998). He is a Fellow of the American Institute of Medical and Biomedical Engineers (2008) and of the International Society for Magnetic Resonance in Medicine (2015).

“After earning my BS in Physics, I read the book The Double Helix and realized that physics could be used in medical/biological research. During my PhD, I became interested in the great potential of computers and how they could be used, in combination with physics, to develop new methods of medical imaging. I found it very fulfilling to be able to use physics and computer science to develop technology that could see things in the body that have never been seen before. This has kept me on a challenging but fascinating journey, developing an educational/research program in medical imaging research.”