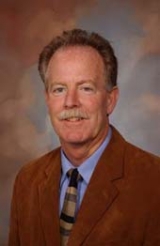 Dr. Pedersen has been involved with Utah Physician Assistant Program (UPAP) since 1979, initially serving as Academic Coordinator. He was the Program Director from 1989 to 2010 after attaining a faculty appointment in the Department of Family and Preventive Medicine (DFPM) in the University of Utah School of Medicine. He has served as the Chief of the Division of Physician Assistant Studies and is now an Emeritus Professor and active internationally with his wife Kathy in a program they created called Global Partners, which seeks to broker resources of the University of Utah to meet needs of multinational corporations and humanitarian organizations through education and clinical care. Dr. Pedersen has authored over 75 articles and book chapters relating to clinical practice and physician assistant education. Under Dr. Pedersen’s leadership UPAP became a graduate program in the School of Medicine offering the Master’s of Physician Assistant Studies degree. Nationally, he is a past President of the Association of Physician Assistant Programs (APAP, now the Physician Assistant Education Association, PAEA) with 4 years of service on the Board of Directors and in 1998 he founded the Associations official journal Perspective on Physician Assistant Education (now the Journal of Physician Assistant Education). He served as the journal’s editor and publisher for the initial seven years. He also created the Association’s Research Institute and through an endowment created a small grants program, which bears his name, for educational research by PA program faculty on a national level. During his tenure with the Association he established a liaison position with the Society of Teachers of Family Medicine and served in this capacity for two years. He also represented the Association as the liaison to the Consortium of Universities for Global Health (CUGH). Dr. Pedersen has served as the President of the Physician Assistant Foundation (PAF), the philanthropic arm of the American Academy of Physician Assistants (AAPA). He completed eight years of service on the PAF Board of Trustees and was awarded Emeritus Trustee status. Through the PA Foundation, he and his wife Kathy established an endowed grant program in honor of Don’s father to award international humanitarian outreach grants to PAs, PA Programs and PA students. He completed ten years on the state of Utah Physician Assistant Licensing Board, serving two years as chair. He is currently serving on the Board of Directors of the NCCPA Health Foundation.

He helped pioneer the Utah PA Program’s international clinical activity in Papua New Guinea and Thailand and served on the AAPA International Working Group. Following the 2004 tsunami, Dr. Pedersen traveled to southern Thailand as a volunteer, serving 3 weeks helping identify the dead through DNA taken from rib samples. He worked with the Thai military at Wat Yan Yao, a Buddhist temple where the makeshift morgue was established and approximately 4000 bodies were processed.