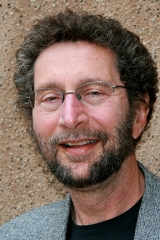 Promoter specificity of transcriptional factors. Specific gene expression is controlled by transcription factors binding to elements present in promoters and enhancers. Yeast has two transcription factors, Swi5 and Ace2, that show similar patterns of cell cycle regulation, that have nearly identical zinc finger DNA-binding domains, and recognize the same DNA sequences in vitro. Despite these similarities, Swi5 and Ace2 activate transcription of different genes in vivo. We have used DNA Microarrays to identify genes activated by Swi5 and Ace2, and we have combined Chromatin Immunoprecipitations with Promoter Microarrays to identify which genes these proteins bind to in vivo. There are some genes where only Swi5 binds and activates in vivo, although Ace2 can bind in vitro, and for these genes promoter specificity is determined by mechanisms that control factor binding. Experiments are in progress to determine how chromatin structure can prevent one factor from binding while allowing another protein, with the same DNA-binding domain, to bind. Both Swi5 and Ace2 bind to other promoters in vivo, but only Ace2 is able to actually activate transcription of these genes; thus, Swi5 binds to the promoter but fails to activate. We have shown the Fkh proteins bound to these promoter function as a selective “anti-activator,” blocking Swi5 from activating transcription while Ace2 to activate. Current experiments are studying how the Fkh protein function as selective anti-activators. These studies are quite relevant to mammalian gene regulation, because in many cases it has been shown that multiple transcription factors recognize the same sequence, but that simple DNA-binding at a promoter is not sufficient for gene activation in vivo.

Regulation of the Yeast HO gene. The transcriptional regulation of the HO gene is very complex, and has been a prototypic promoter where changes in chromatin structure regulate gene expression. Chromatin Immunoprecipitation experiments show that transcriptional activation of HO involves the sequential binding of various factors, both sequence specific DNA-binding factors and general chromatin factors such as chromatin remodeling factors, histone acetyltransferase complexes, architectural transcription factors, and the Mediator complex. The Swi5 DNA-binding protein is the earliest factor that binds to the HO promoter, and it then recruits other regulatory complexes that remain stably bind long after the unstable Swi5 factor is degraded. Importantly, one can experimentally extend the time between when Swi5 was last bound and when the gene is activated, and the promoter “remembers” the actions of the Swi5 activator. Thus the HO promoter has been described as having a “memory,” and current experiments are defining this molecularly.