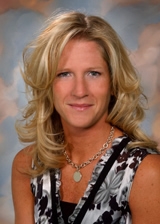 Dr. Mueller’s practice is based at the Veterans Hospital in Salt Lake City where she serves as Chief of Surgery.

Her research interests are imaging for vascular disease and peripheral arterial disease outcomes. Dr. Mueller is known for her role in surgical education. She has been concentrating on surgical simulation training and wellness for trainees.