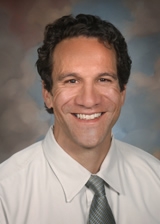 Daniel V. Kinikini, M.D. is an Assistant Professor in the Division of Vascular Surgery, University of Utah School of Medicine. He began his medical career here at the University of Utah, receiving his M.D. in 1997. He completed two years of a residency in Family Medicine in Boise, Idaho before beginning a residency in General Surgery at San Joaquin General Hospital, Stockton, California in 1999. Upon completion of this residency he returned once again to Utah for fellowship training in Vascular Surgery. He became a member of the division upon fellowship graduation. In 2013, Dr. Kinikini was named the Section Chief of Vascular Surgery at George Wahlen Veterans Hospital in Salt Lake City. In December 2014, Dr. Kinikini moved his practice solely to the Veteran's Hospital.

His research interests include secondary prevention in vascular disease and abdominal aortic aneurysms.