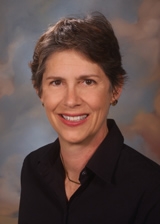 As a pediatric urologist, Catherine deVries cares for children with congenital and acquired diseases of the urinary tract and genitalia. As a Professor of Urology, she practices at Primary Children's Medical Center. Her areas of particular interest are neurogenic bladder associated with spina bifida and birth defects of the genitalia. Her work extends overseas to teaching pediatric and reconstructive urology in low resource countries in Africa, Asia and Latin America.