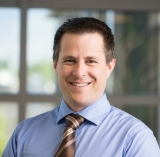 Dr. Outsen received his undergraduate degree from Brigham Young University and his medical degree from the University of Utah School of Medicine. He completed his residency training in General Pediatrics at Nationwide Children’s Hospital in Columbus, Ohio. After practicing as a pediatric hospitalist for four years in the states of Washington and Utah, he returned to Nationwide Children’s Hospital to complete a fellowship in Pediatric Critical Care. Dr. Outsen’s interests include medical administration and the use of simulation as a training tool.