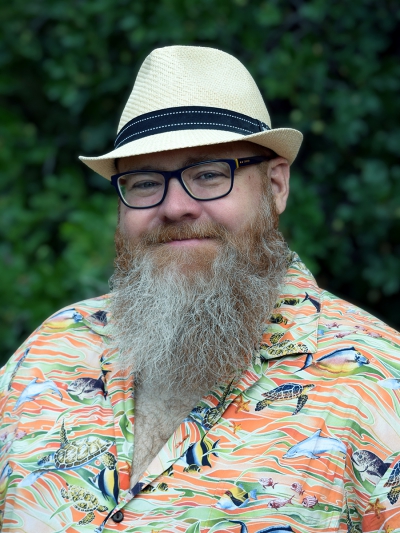 Roger Altizer, Jr. is the co-founder of the Entertainment Arts and Engineering, the top ranked game design program in the nation, the Director of Digital Medicine for the Center for Medical Innovation, the founding Director of The GApp lab (Therapeutic Games and Apps) and former director of the Center for Interdisciplinary Art and Technology at the University of Utah. Roger earned his Ph.D. in Communication at Utah and specializes in serious and medical games as well as game design and development. His heart and his research focuses on the importance of play and how good design encourages it. Creator of The Design Box, a participatory, inductive design methodology, Roger strives to include users as designers in his work. A former games journalist, he is an internationally recognized speaker who has presented at industry conferences such as the Games Developer Conference and Penny Arcade Expo, and academic conferences including the Digital Games Research Association and Foundations of Digital Games.