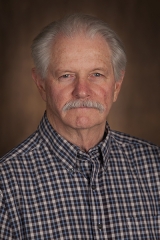 Dr. Dudek received his B.S. in Biological Sciences from the University of California, Irvine in June, 1969, as well as his Ph.D. degree in 1973. Dr. Dudek went on to complete a postdoctoral fellowship in the Department of Ophthalmology Research from the College of Physicians and Surgeons at Columbia University in New York from Feb 1973 to Feb 1974. From April 1974to September 1974 he was a Post-Doctoral Research Associate in the Department of Psychobiology, University of California, Irvine, California. He was then a Postdoctoral Research Associate at the Marine Biomedical Institute and Department of Physiology and Biophysics at the University of Texas Medical Branch in Galveston, TX from October 1974 to July 1975.