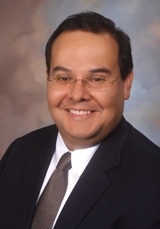 Dr. Villalobos has returned to Utah after having practiced medicine in Central California for several years. Prior to this, he cared for patients in New Mexico as a National Health Service Corps Scholar. He has pursued full spectrum family medicine without obstetrics. His practice has emphasized treating diabetes, hypertension, and performing in office surgical procedures such as cyst removals, ingrown toenails and other minor surgical procedures. Dr Villalobos is fluent in Spanish.

Dr. Villalobos’ hobbies include traveling, riding motorcycles, farming olives, singing and playing piano. He has also served as an assistant scoutmaster and scoutmaster, and is active in his church.

Dr. Villalobos looks forward to welcoming his new patients to the Greenwood Center.