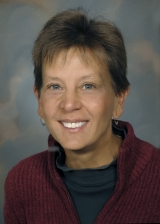 1) Understanding how BMP activity is regulated by cleavage of the precursor protein and by interactions with the extracellular matrix. We use targeted mutagenesis in mice together with cell biological and biochemical approaches in Xenopus embryos to determine how cleavages within the inactive prodomain of the BMP precursor protein regulate the activity of mature BMP homodimers and heterodimers. We are also studying how point mutations within the prodomain of BMP4, which are associated with congenital birth defects in humans, impact BMP homodimer and heterodimer formation or function.

2) Analysis of signal transduction downstream of Tril. We discovered that the novel transmembrane protein Tril is required not only for blood formation but also for formation of the central nervous system, and that it does so by coordinately regulating nodal and BMP signaling in the embryo. In adults, Tril functions as a co-receptor for Toll-like receptors (Tlrs), which recognize foreign pathogens and mount an immune response. We are studying how this protein transduces signals from the membrane to the nucleus to control early development, and have discovered several new players in the signaling cascade activated by Tril in embryos.