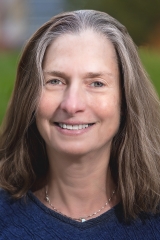 She is known for her contributions in defining double-stranded RNA-mediated pathways, including the discovery of ADAR RNA editing enzymes, and models and experiments that established Dicer's role in RNA silencing. Dr. Bass obtained a B.A. in chemistry from Colorado College, and a Ph.D. in chemistry from the University of Colorado, Boulder. She was a postdoctoral fellow at the Fred Hutchinson Cancer Research Center prior to joining the faculty of the University of Utah School of Medicine.

Dr. Bass's scientific contributions have been recognized by her election to the National Academy of Sciences, the American Academy of Arts and Sciences, and as a Fellow of the American Association for the Advancement of Science. During her career her service to the international scientific community includes membership on National Institutes of Health study sections, and several editorial boards, including the Board of Reviewing Editors for Science magazine. In 2007 she was elected and served as President of the RNA Society. She has received research support from the Pew Scholars Program, the David and Lucile Packard Foundation, the Howard Hughes Medical Institute, and in 2011 received the prestigious National Institutes of Health Director’s Pioneer Award. The University of Utah has honored her with an H.A. and Edna Benning Presidential Endowed Chair, and in 2010, the Distinguished Scholarly and Creative Research Award