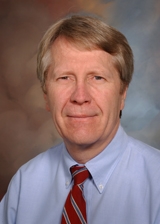 Although neuro-oncology was his major interest early in his career, he has since developed expertise in pediatric epilepsy and EEG. He has been involved with numerous industry-sponsored trials and one NIH-funded anti-epilepsy medication trial. Since early 2000 (after a "mini-fellowship" at Miami Children's Hospital), Dr. Van Orman has been heavily involved in the evaluation of patients for epilepsy surgery.