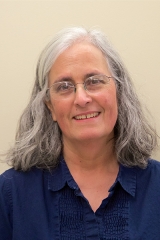 Our research focuses on two major areas. First, we are interested in iron metabolism. Iron is an element required by virtually all organisms. The facile ability of iron to gain and loose electrons renders this metal an essential cofactor in redox reactions. Organisms as disparate as prokaryotes and mammals have developed a variety of mechanisms to obtain iron and regulate its storage and utilization. We utilize yeast as a model system to study iron metabolism because of the relative ease of genetic manipulation. We have utilized a variety of genetic screens to identify yeast genes required for iron transport across the plasma membrane for iron storage in the yeast vacuole. We have also identified molecules that respond to both high and low iron and regulate the transcription of iron transporters. Our studies in yeast have led to the identification of both plant and mammalian iron transporters.

We have also identified the mechanisms underlying both the regulation and malregulation of mammalian iron-linked disorders. We determined that entry of iron from cells into plasma is dependent upon the interaction of the iron exporter ferroportin with the peptide hormone hepcidin. Hepcidin is synthesized by the liver in response to inflammation and iron stores and is a negative regulator of plasma iron. We determined that hepcidin binds to ferroportin inducing its internalization and degradation. Mammalian iron overload disease is the result of either inadequate hepcidin production or mutations in ferroportin that lead to hepcidin resistance. Our current studies have identified the mechanism of hepcidin-mediated ferroportin internalization and degradation.

Our second area of research is the study of membrane trafficking. We are interested in identifying molecules that regulate the fusion and fission of endocytic vesicles. Many human diseases result from alterations vesicle trafficking and delivery to the lysosomes. One such disease is Chediak-Higashi syndrome in which lysosomes are abnormally large. We have identified the gene responsible for this disorder and have ongoing studies to identify the biochemical defect responsible for the enlargement of lysosomes.