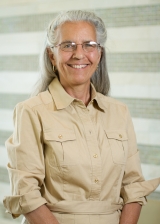 Leslie P. Francis holds joint appointments in law and philosophy, where she holds the ranks of Distinguished Professor of Law and Philosophy, Alfred C. Emery Professor of Law, and Associate Dean for Faculty Research and Development in the College of Law. She also directs the Center for Law and Biomedical Sciences in the S.J Quinney College of Law. Professor Francis received her B.A. from Wellesley College (1967), graduating with high honors in philosophy and as an elected member of Phi Beta Kappa. She received a Ph.D. in philosophy (1974) from the University of Michigan. After joining Utah's philosophy faculty, she received her J.D. from the University of Utah (1981). Appointed to the law faculty in 1982, she teaches and writes extensively in the areas of health law, bioethics, and disability. Professor Francis currently serves as co-chair of the Privacy, Confidentiality, and Security subcommittee of the National Committee on Vital and Health Statistics. She is a life member of the American Law Institute (elected in 1985) and an elected vice president of the International Society for Philosophy of Law and Social Philosophy. Professor Francis is also a member of the Ethics Committee of the American Society for Reproductive Medicine. In July, 2014, Professor Francis became President-Elect of the Pacific Division of the American Philosophical Association, that organization's highest academic honor.