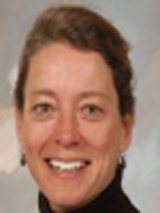 Dr. Moon’s research interests include determining the molecular mechanisms that drive normal and abnormal development of the heart, lungs and limbs, as well regulation of cell fate, senescence, alternative RNA splicing and oncogenesis. She received the Presidential Early Career Award for Scientists and Engineers from the National Office of Science and Technology, Executive Office of the President of the United States for her work on conditional mutagenesis in the mouse and it application to identifying the functions of growth factor signaling in early heart development (2004). She was elected into the American Society of Clinical Investigation in 2006 and was selected as a National Academy of Science Kavli Frontiers of Science Fellow in 2007. Her research has been continuously funded by the NIH (NICHD, NHLBI) since 2000, and has also been supported by grants from the American Heart Association, the March of Dimes and the American Lung Association.