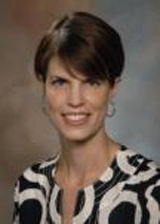 Jeanette Chin, MD is an Assistant Professor in the Maternal-Fetal Medicine division of the Department of Obstetrics and Gynecology at the University of Utah Health Sciences Center. She is a native of Salt Lake City, Utah. She attended Rice University in Houston where she earned a B.A. in biochemistry. She received her M.D. from Vanderbilt University and completed her residency training in obstetrics and gynecology at Duke University. After residency she practiced gynecology and was a Health Services Research Fellow at the Durham, NC VA Medical Center for a year prior to returning to Utah. She completed a fellowship in Maternal-Fetal Medicine and a Master of Science in Clinical Investigation at the University of Utah. Her research interests include obesity and lipids in pregnancy, the in-utero impact of air pollution, and programming of neonatal immune cells.