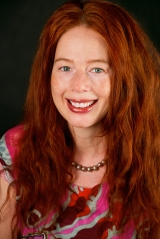 I spent several years in research at the University of Utah. In 1994 I worked for a year at the Artificial Heart Research Laboratory with dr. William Kolff, inventer of the first artificial heart. From 1997/1999 I worked with dr R.M. Silver and C.M. Peterson at the department of Obstetrics and Gynecology. This led to several publications and awards.

In 2010 I worked as a Senior Medical Officer in Cairns, QLD, Australia.

In 2011 I finished a Leadership course for physician executives at the School of Business in Salt Lake City.

In 2011 I expanded my clinic to serving the LGBTQAI+ community and became an expert in transgender and gender nonconforming health care.

I have treated over 2500 transgender and gender nonconforming patients with hormone therapy (including children), offer primary and preventive care and pre- and postoperative care after GRS surgery and am currently training for GRS surgery. I am an active member at the World Professional Association for Transgender Health and have attended many conferences, cadaver courses and certification trainings necessary to be an expert in transgender health care. I am currently collaborating in re-writing the SOC 8 for the WPATH, these are worldwide guidelines for transgender and gender nonconforming health care.

I received numerous awards for community service and outreach to the transgender community in Utah, and also for teaching family medicine residents.

I opened my own practice "Rebirth Obgyn" in 2014 to be able to give affordable health care to minorities in Utah. The clinic stands for Equality and Diversity and we take most insurance plans. This year I opened "Rebirth Gender Clinic" with services as electrolysis, make- up tutorials/lessions and voice coaching.

In 2018 I hope to start a prospective study in transgender healthcare together with faculty from the University of Utah.