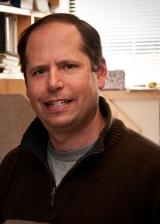 We are interested in the functions of Wnt signaling and Tcf3 function in embryonic spinal cord development and regeneration. In addition to the roles of Wnt/Tcf-mediated transcription in spinal cord patterning and proliferation (Bonner, et al., Dev Biol, 2008), Tcf3 acts as a transcriptional repressor to prevent progenitor differentiation (Gribble et al., Development, 2009), indicating that it may function to maintain a stable population of multipotent progenitor cells.

One current project in the lab focuses on the cellular and molecular characterization of spinal progenitors following loss of Tcf3. We have generated tcf3 mutant zebrafish and are analyzing the phenotypes of spinal progenitors, and using gene expression analysis to identify Tcf3 targets. This work is testing the hypothesis that Tcf3 acts as a master regulator of the CNS progenitor state, similar to the known function for this protein in epidermal development.

A second project is investigating spinal progenitor response to injury. Zebrafish have a remarkable ability to fully regenerate their spinal cord following complete transection. We are using a transgenic approach to label spinal radial glia, and determining whether these cells undergo neurogenesis following injury, and if this response depends on Wnt/Tcf function.

This work focuses on the role of Wnt and Lef1 activity in post-embryonic neurogenesis. We previously identified a requirement for Lef1 in the formation of neural progenitors in the posterior hypothalamus (Lee et al., Development, 2006). This region of the brain maintains Wnt activity and continues to produce GABAergic neurons throughout life (Wang et al., Zebrafish, 2009), suggesting that Wnt-regulated neurogenesis plays an important role in the adult brain.

We are testing the hypothesis that post-embryonic hypothalamic neurogenesis regulated by Wnt signaling is important in feeding behavior. We are transgenically labeling newly-born GABAergic neurons to determine whether they integrate into feeding circuitry. We will also genetically manipulate these cells in vivo and test whether there are resulting behavioral effects. Evolutionary conservation of this cell population suggests that mammalian hypothalamic function may also be regulated by Wnt signaling.

To determine the functional role of Wnt signaling and Lef1 in the hypothalamus, we are using a conditional transgenic approach to modulate the pathway in vivo. These experiments will test whether Wnt signaling is required to promote neurogenesis in progenitor cells, regulating the rate of GABAergic neuron production. We are identifying Lef1 target genes in neural progenitors using whole-genome ChIP analysis and expression profiling in lef1 mutants.