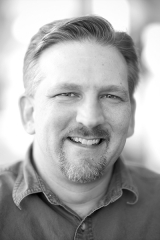 Charles Murtaugh, PhD, is an associate professor in the Department of Human Genetics at the University of Utah. He is a member of the pancreas cancer research group, an investigator of the Huntsman Cancer Institute, and a member of the Experimental Therapeutics Program.

Although the pancreas is a relatively small organ, its diseases, including type 1 diabetes and pancreatic cancer, have a big impact on humanity. Type 1 diabetes affects approximately one million Americans, and about 30,000 are diagnosed with pancreatic cancer each year. These diseases affect two distinct compartments of the pancreas: insulin-secreting endocrine cells are destroyed in type 1 diabetes and pancreatic cancer is thought to arise from cells of the exocrine compartment. Early in development, however, both of these compartments arise from a common set of progenitors. In his research, Murtaugh aims to understand how progenitors are converted into mature endocrine and exocrine cells, which will lead to better treatment and prevention of these diseases.

Murtaugh received his PhD from Harvard Medical School and completed a postdoctoral fellowship at Harvard University. He has received several grants for his research on pancreas development and disease. Among these is a 2006 award from Huntsman Cancer Institute's Director's Translational Research Initiative, for which he was one of the first investigators selected.