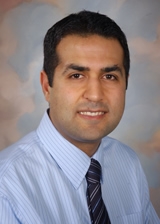 Dr Akoum is an Assistant Professor of Medicine at the University of Utah. Dr Akoum studied Mathematics and graduated with a Bachelor of Science from the American University of Beirut in 1997. He subsequently obtained his medical degree in 2001. Dr Akoum completed an Internal Medicine Residency at Indiana University in 2005. He came to Salt Lake City in 2005 to join the Cardiovascular Disease fellowship which he completed in 2008. He went on to pursue and complete his training in Cardiac Electrophysiology in 2009. He was voted by his peers as the Chief Cardiology Fellow in 2008. He was also voted by the faculty as the cardiology fellow of the year the same year. Upon completion of his fellowship training, he was hired to join the faculty in 2009.