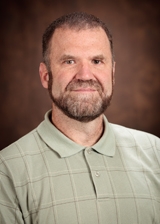 Dr. Tom Greene is chief of the Division of Biostatistics in the Department of Population Health Sciences, and a Professor in the Division of Epidemiology of the Department of Internal Medicine. He is also Director of the Population Health Research Foundation in the Utah Center for Clinical and Translational Science, and currently holds an H.A. and Edna Benning Endowed Chair. Dr. Greene received his PhD in Statistics from Cornell University in 1985, and worked as an Assistant Professor in the Department of Statistics at the University of Kentucky from 1985 to 1989. He then served as a statistician at Case Western University and the Cleveland Clinic Foundation from 1989 through 2006, where he was the lead statistician on a substantial number of multi-center clinical trials, primarily in the field of Nephrology. Dr. Greene was the acting head of the Cleveland Clinic’s Cancer Biostatistics Core for 2 years from 1991-1993. Dr. Greene moved to the University of Utah in 2006, where he founded the Study Design and Biostatistics Center and subsequently the Population Health Research Foundation.

Dr. Greene serves as the lead statistician on many research projects in collaboration with clinical and translational investigators across the University of Utah and elsewhere, and carries out methodological research in the areas of clinical trial design, causal inference, and validation of surrogate endpoints. Dr. Greene is also a member of the Cancer Biostatistics Resource, and is involved in the design and analysis of a sequential, multiple assignment, randomized trial to promote smoking cessation. He is particularly interested in the problem of integrating information from multiple surrogate and clinical endpoints to evaluate treatment efficacy in randomized clinical trials.