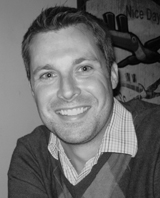 Philosophy of Science
Successful explanations in biology often take the form of elucidated mechanisms. A philosophy of mechanisms has emerged which rethinks classic philosophical questions about causation and explanation in light of this turn to mechanisms. Dr. Tabery has contributed several papers to this literature focusing on the concept of a mechanism (see his 2004 in Philosophy of Science) and the nature of biological explanations of variation (see his 2009 in Biology and Philosophy).
Dr. Tabery often draws on research pertaining to gene-environment interaction (or G×E) for his discussions about causation and explanation. G×E has resided at the heart of the nature-nurture debate since the very origins of the concept. He has explored the history of this research (see his 2007 in Development and Psychopathology, and his 2008 in the Journal of the History of Biology), as well as the philosophical issues that this research raises (see his 2009 in Biology and Philosophy, and his 2009 in Philosophy of Science). His monograph, Contested Concept (MIT Press), will pull together the history, philosophy, and bioethics of gene-environment interaction.

Applied Ethics
Genetic and environmental factors contribute to who we are—as humans, as individuals. This biological reality raises a host of ethical, legal, and social implications: How should the results of genetic research be figured into genetic screening programs? What does biological research say about "human nature" or the difference between "normal" and "abnormal" humans? Does research that reveals the biological mechanisms of bad behavior undermine notions of free will and responsibility? Dr. Tabery has utilized research on gene-environment interaction (G×E) to discuss common misconceptions in genetic screening (see his 2009 in the Journal of Medicine and Philosophy) and also challenges the idea that there are "normal humans" (see his Forthcoming chapter in The New Normal). With colleagues from the University of Utah College of Law (Teneille Brown) and Psychology Department (Lisa Aspinwall), Jim Tabery is currently investigating how scientific evidence concerning the causes of bad behavior are assessed by judges and mock juries when it comes to judging responsibility and punishment.
Dr. Tabery has also drawn on the history of science to discuss issues in research ethics. He utilized the history of science and the military to offer guidance for proceeding with the militarization of neuroscience (see his Forthcoming in Neuroethics). He also argued that Charles Darwin presents a model of both scientific and moral achievement (see his 2012 in The Salt Lake Tribune).


The collaborative research published in Science by Jim Tabery and Teneille Brown about how psychopathy is treated in legal decisions by judges has been receiving much national attention. For those interested in learning more about the discussion of this research and its implications, the following two articles introduce and address this discussion: