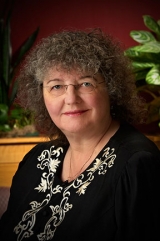 Dr. Palmer is the Director of Neuropathology at ARUP as well as a Professor of Pathology and the Associate Program Director of the Pathology Residency Program at the University Of Utah School Of Medicine. Dr. Palmer received her MD at West Virginia University and served as a resident in neurology and postdoctoral fellow in neuropathology at the University of Utah, where she also completed internships in internal medicine and pathology. She is a fellow of the American Academy of Neurology, is the former Vice President of American Association of Neuropathologists, and sits on the editorial board of Case Reports in Pathology.