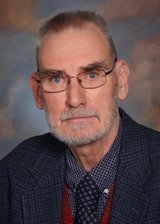 From a unique start, born in Hamburg, Germany in 1935, followed by emigration to the United States in 1950, Dr. John Opitz has served as Professor of Pediatrics, in the Division of Medical Genetics, along with adjunct positions with the Departments of Pathology, Human Genetics, and Obstetrics and Gynecology at the University of Utah School of Medicine. Dr. Opitz attended the University of Iowa (B.A. Zoology, 1956, MD 1959) greatly influenced by the mentorship of Emil Witschi in embryology, genetics and evolution, and by Hans Zellweger and Jacqueline Noonan in constitutional medicine. Following his turn as chief resident in Pediatrics in Madison, Dr. Opitz completed his fellowship in Medical Genetics (1962-1964, Klaus Patau, D.W. Smith) before his appointment to the faculty of the University of Wisconsin in Medical Genetics and Pediatrics (1964-1979). During that time he founded the Wisconsin Clinical Genetics Center, American Journal of Medical Genetics (AJMG), and became a founder of the American College and American Board of Medical Genetics. Dr. Opitz was also instrumental in recruiting Dr. Enid Gilbert (now Gilbert-Barness) to the University of Wisconsin as Professor of Pediatric Pathology and in founding the successful and productive program in fetal/pediatric genetic pathology and developmental pathology. Collaboration with the Department of Anatomy led to an anatomical genetics program strongly supporting the developmental field concept and revitalizing the concept of atavisms. During his 18 years in Montana, Dr. Opitz succeeded in obtaining funding for the Montana Genetics Program (at Shodair Hospital in Helena) from the State Legislature, including cytogenetics and fetal genetic pathology programs. Collaboration with P.D. Pallister of Boulder, MT led (a.o.) to the discovery of the Pallister-Hall, KBG, W, and ulnar-mammary syndromes, the Pallister-Killian (i(12p)) syndrome, but most importantly of the first human X-autosome (the KOP) translocation which initiated the era of X-chromosome gene mapping. After his move to Utah, joining the Division of Medical Genetics in Pediatrics, Dr. Opitz was glad to see Dr. John C. Carey succeed him as editor of the AJMG, to participate in the fetal genetic pathology program (Div. Pediatric Pathology at Primary Children’s Medical Center) and to teach the graduate course in Developmental Pathology and Developmental Genetics (Dept. of Human Genetics). Sixty professional years are resulting in a rich harvest of gene discoveries, here and elsewhere. Dr. Opitz’ students have been medical vice-presidents, deans, chairpersons and faculty members in pediatric genetics at several universities here and abroad. He is a member of the German Academy of Science (Leopoldina) and a foreign corresponding member of the Brazilian Academy of Sciences. He has received honorary doctorates from Kiel, Copenhagen, Bologna, and in the U.S. from MSU (Bozeman) and OSU (Columbus). Dr. Opitz is the 2011 William Allan Award winner of the American Society of Human Genetics.