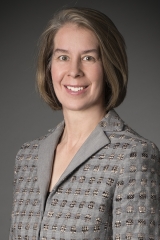 My laboratory is focused on understanding the molecular pathways controlling neural development and degeneration in the retina. The retina is of critical importance since disorders of eye development can lead to congenital blindness, while degeneration of retinal neurons can cause progressive blindness at later ages.

Retinal development:   In the developing retina we are studying how eye tissues are patterned and how retinal progenitors are directed to adopt specific retina cell fates. Our goal is to define the sequence of gene expression that governs neural differentiation in the retina, and understand how extrinsic signaling pathways modulate gene expression or function. We began by addressing how proneural transcription factors control retinal neuron differentiation, and how they contribute to the ordered sequence of retinal histogenesis. We have found that both the expression and activity of proneural factors are controlled multiple signaling pathways, thus regulating the timing of retinal neuron differentiation. We are now examining how epigenetic mechanisms, particularly histone modifications, regulate the proliferation and differentiation of progenitor cells in the retina. We have determined that the PRC2 repressive complex is required to maintain transcriptional integrity of retinal progenitors, and preserve their capacity for proliferation in both mouse and Xenopus. Ezh2, a key member of this complex, is required to coordinate the timing of differentiation and generate the appropriate complement of retinal cell types. Our transcriptome analysis also shows that Ezh2 may have a core function in repressing the expression of potent developmental regulators and cell cycle genes regardless of tissue lineage. Ultimately, the goal is to reveal general principles governing the development of neural stem cells and progenitors, which may inform efforts to harness these cells for the treatment of disease and injury of the nervous system.

Retinal ganglion cell degeneration:   We are probing the mechanisms underlying glaucoma, a neurodegenerative disease of the retina that is characterized by progressive loss of retinal ganglion cells leading to blindness. As part of the Catalyst for a Cure research consortium, we identified early events involved in the decline of retinal ganglion cells (RGCs), such as genetic deprogramming of RGCs, and recruitment of glia, including microglia, Müller glia and astrocytes. It is now clear that glaucoma bears the hallmark features of a classic, progressive neurodegenerative disease with common cellular and molecular changes found in other neurodegenerative diseases. Using a mouse model for chronic glaucoma, we have demonstrated significant recruitment and activation of microglia, which are the resident immune surveillance cells of the CNS, at very early stages of the disease. We have established methods for live monitoring of microglia during early disease progression, and demonstrated that these early microglial changes at the optic nerve head are reliable predictors of future optic nerve neurodegeneration severity. We are directly testing the role of microglia in neuronal decline, and have showed that reducing microglia activation is neuroprotective. We are now targeting molecular pathways involved in the recruitment and activation of these cells. Our ultimate goal is to identify key molecular pathways that can be targeted to slow or prevent blindness in glaucoma.