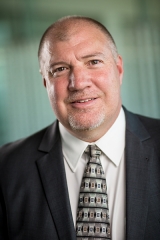 The major accomplishment of my scientific career has been to advance the idea that sphingolipids such as ceramides regulate nutrient homeostasis and contribute to diabetes and other metabolic diseases. The opinion was initially controversial and few publications other than my own appeared on the topic. Nonetheless, the data were robust and the therapeutic potential of the pathway obvious. Through research reports, review articles and invited seminars, our work has influenced the directions of new and established researchers and the number of publications containing the words ceramide and insulin has risen exponentially. Our research has been continuously funded since 2000 and our articles have been cited more than 11,700 times. Building upon our research discoveries, in 2015 I co-founded Centaurus Therapeutics, a biotechnology company that has developed novel dihydroceramide desaturase inhibitors to lower ceramides and ameliorate cardiometabolic disease. Our current research efforts seek to determine (a) the tissue-specific responses of sphingolipids towards the regulation of metabolism, (b) the intracellular targets that mediate their effects, and (c) the regulatory events controlling their accumulation. Moreover, (d) we seek to develop drugs targeting enzymes in the ceramide-synthesizing pathway, which we believe hold enormous potential in a broad spectrum of metabolic disorders.

As my research program developed, I had the opportunity to assume leadership roles within the diabetes research community. Indeed, I relish the opportunity to grow collaborative programs and enhance the success of junior faculty members. I’ve served as the chair of several national conferences in the diabetes arena (e.g. the Keystone Symposia on Lipid Biology and Lipotoxicity and the FASEB Science Research Conference on the Regulation of Glucose Metabolism), on the editorial board of various preeminent journals (e.g. Journal of Clinical Investigation), as the Director of the Singapore Diabetes Consortium, as the Director of the Duke-NUS Graduate School’s Metabolic Phenotyping Core (Singapore), and as the Director of the Metabolism and Inflammation Program at the Baker Heart and Diabetes Institute (Melbourne, Australia). After running laboratories abroad for 8 years, I returned to the USA and the University of Utah in 2016 to become the chair of a new Department of Nutrition and Integrative Physiology and the Co-Director (with Jared Rutter, HHMI) of the Diabetes and Metabolism Research Center. I am committed to the success of these endeavors, which have a major research focus on “translational metabolic health” and are tightly aligned. The university leadership is fully committed to these integrated programs and provides me with ample protected time to serve in these administrative capacities.

Professor Summers had been a dominant voice advancing the idea that sphingolipids such as ceramide, which are produced by over-nutrition and inflammation, contribute to insulin resistance and metabolic disease. The opinion was initially controversial, and few publications other than his appeared on the topic. Nonetheless, the data were robust and the therapeutic potential of the pathway obvious. His work has appeared in the highest impact journals (e.g. Nature Medicine, Cell Metabolism, Journal of Clinical Investigation and others) and have been cited over 8000 times. He has given over 100 presentations in at least 20 different countries, including keynote talks in Japan, Finland and the USA, and received over 10 million dollars in research grant support. His work has influenced the directions of new and established researchers and the number of publications containing the words ceramide and insulin has risen exponentially. His current group continues to explore the therapeutic potential of the pathway with an eye towards developing new therapies to treat diabetes and metabolic disease.