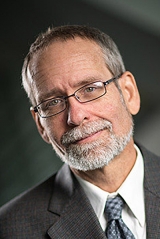 Mark Yandell, PhD has led software development groups in both industry and academia. As a postdoc at the Human Genome Project at Washington University, St. Louis, he was a co-developer of the PolyBayes package, the first probabilistic algorithm for sequence variant discovery. Thereafter, he joined Celera Genomics, where he directed the group that wrote much of the software used to annotate and analyze the Drosophila, Human, Mouse, and mosquito genomes. From 2001-2005 he was a senior scientist for Howard Hughes Medical Institute (HHMI), where he led the comparative genomics group at the Berkeley Drosophila Genome Project. Since 2005, he has been a faculty member in the Eccles Institute of Human Genetics at the University of Utah. Dr. Yandell is an internationally recognized expert in software for comparative and functional genomics. He has served on the Scientific Advisory Boards of numerous genome projects. He is Director of the Eccles Institute’s Bioinformatics program, and frequent guest lecturer in several CSHL courses on genomics, programming and sequence analysis. He is also co-author of the O’Reilly Book on BLAST. Current projects in his laboratory include an NSF program grant for annotation of plant genomes; NIGMS support for genomics-based venom studies using the cone snail Conus bullatus; and support from the NHGRI and NIGMS for VAAST, a probabilistic disease gene finder for personal genome sequences. Dr. Yandell is technical director of the Utah Genome Project (UGP), an intramural, multi-million dollar effort to improve patient care and facilitate research on undiagnosed diseases, Co-director of the Utah Center for Genetic Discovery, Adjunct Professor of Biomedical Informatics, a member of the Huntsman Cancer Institute’s Cancer Control and Population Sciences Program, and H.A. and Edna Benning Presidential Endowed Chair at the University of Utah.

Research in his group is genomics-based and focused on two areas: genome annotation and understanding the consequences of sequence variants. Toward these ends, they have developed two highly successful tools: MAKER, an easy-to-use genome annotation pipeline, and VAAST, a probabilistic disease-gene finder for personal genome sequences. Software abounds in the genomics domain; what distinguishes MAKER and VAAST is their scalability and scope of application. Both tools are designed to operate on very large and heterogeneous next-generation sequencing datasets. The outputs of these tools don’t merely result in publications, they nucleate communities. Consequently, his lab has become an international nexus for genomics collaborations. Recent MAKER collaborations include the genome-annotation and analyses of Maize, venomous snails, the Coelacanth, the sacred lotus, the alga Nannochloropsis, the Gibbon, the Lamprey and the King Cobra. VAAST collaborations include searches for genes and alleles involved in autism, breast cancer, Crohn disease, cardiovascular disease, cavernous angiomas, and atypical cystic fibrosis. Also underway are extensions to VAAST that enable computation upon large pedigrees (pVAAST), and Phevor, a tool that combines phenotype with genotype for patient diagnosis. VAAST, pVAAST, and Phevor comprise the backbone of the Utah Genome Project, a multimillion-dollar investment by the University of Utah in translational genomic medicine. Going forward, the integration of MAKER and VAAST will also provide a coordinated means to search the genomes of plant cultivars, animal breeds, and wild populations of flora and fauna for the genes and variants that underlie phenotypic traits.