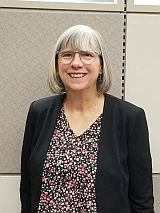 The research in my laboratory is focused on understanding the means by which microbial infections result in acute and chronic inflammatory pathologies. We use the murine model of Lyme disease to assess the development of arthritis following infection by the spirochete Borrelia burgdorferi. We are taking two complementary approaches to identifying host responses that both permit chronic infection and result in arthritis. The first approach has centered on identifying the tissue-specific response to B. burgdorferi and its products that results in arthritis development. Comparison of responses in mouse strains destined to develop severe disease has revealed an exaggerated induction of interferon-inducible genes. In C3H mice this response is due to Type I IFN, is transient, and is clearly correlated with the subsequent infiltration of myeloid cells character¬istic of this arthritis. The ensuing synovial hyperproliferation in the infected tissue is also characteristic of human disease. Type I IFN is strongly associated with other inflammatory pathologies including Lupus and has been found in a subset of patients with Rheumatoid Arthritis. Intriguingly, this response is absent from mouse strains displaying mild arthritis, and the differential response can be studied in relevant cells from the joint tissue. Current analysis involves genetic and epigenetic regulation of the IFN locus, and the possible involvement of microRNAs in this response. A second model for chronic Lyme arthritis involves mice lacking the non-redundant inflammatory cytokine IL-10. In the absence of IL-10, arthritis is driven by a classic T cell dependent Type II IFN response to localized bacteria. Analysis of tissue infiltrate into the joint and use of cytokine reporter mice have revealed inflammatory cells responsible for arthritis regulation and for the development of arthritis in dysregulated situations. This model has many similarities to patients with chronic Lyme Disease.

We also utilize the mouse for the identi¬fication of the genetic elements that regulate the severity of Lyme arthritis. Epidemiological studies in humans support the existence of polymor¬phic genes that determine the severity of disease, and indicate that alleles of these genes may also set the stage for chronic conditions potentially involving autoimmune pathways. Intercross populations between mildly and severely arthritic strains of mice revealed multiple genetic loci (Quantitative Trait Loci or QTL) on five chromosomes of the mouse that regulate the severity of disease. The development of Interval Specific Congenic Lines of mice has allowed isolation of these loci and demonstration of associated penetrant arthritis phenotypes. Further delineation of the regions of interest through the development of recombinant congenics has led to the characterization of multiple sub-loci and reduced the associated intervals to 1-2Mbp. We are currently are poised to isolate invidual loci on unique recombinant congenic mouse lines and assessment of contribution to arthritis severity. Analysis of available SNP databases has allowed selection of several candidate genes. These are currently being assessed for effect on arthritis severity by a combination of cell biology experi¬mentation and by the development of allele-specific transgenic mice.