Dr. Victoria Vardell Publishes Work on the Influence of Race and Ethnicity on Leukemia Survival 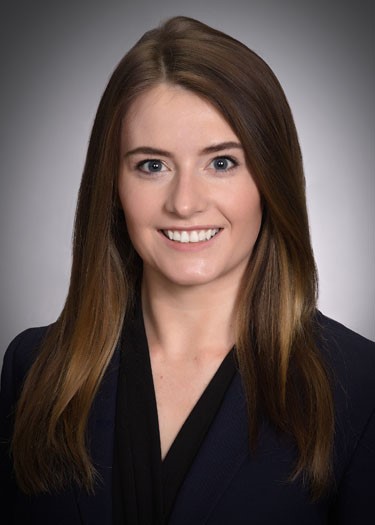 The study used the National Cancer Database for Chronic Lymphocytic Leukemia to examine characteristics of each population; then completed a survival analysis to compare how the survival rate has changed between groups over time. 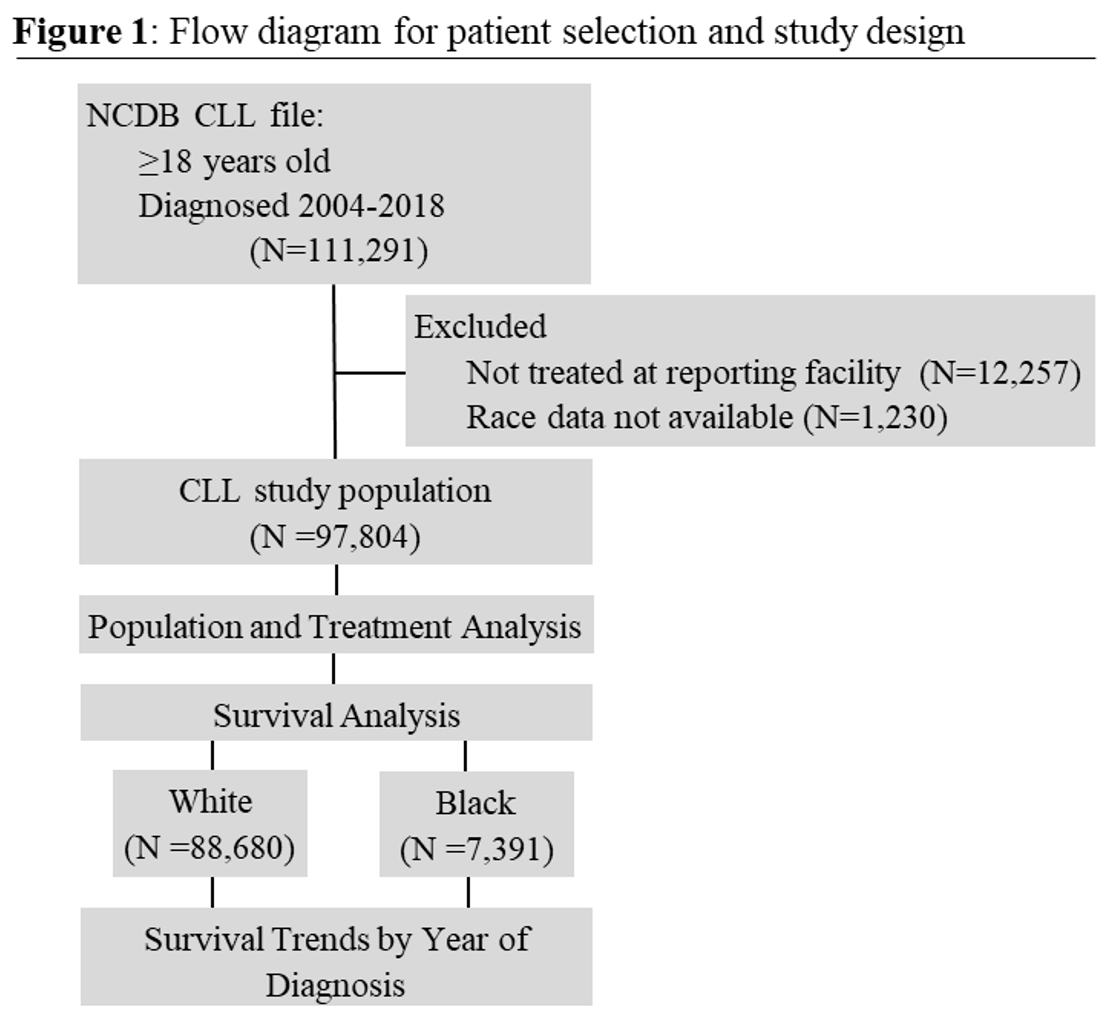 When examined, the data showed that Black and other racial minority patients are diagnosed at a younger age than White patients. 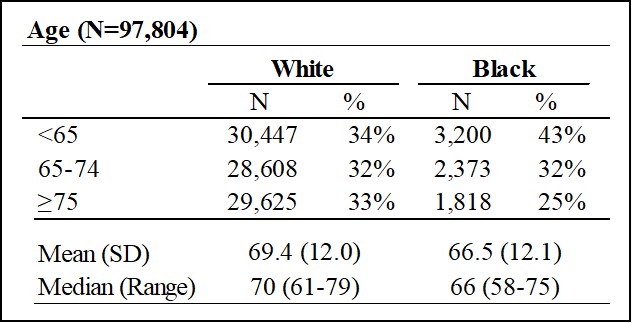 In addition, Black patients had a higher comorbidity burden at diagnosis than White patients.

Overall, Black patients, when compared to White patients, were more likely to:

Following the study of racial and ethnic characteristics, the survival analysis was performed. With a median follow up of 4.3 years, the median OS for all CLL patients was 9 years (95% confidence, 8.9-9.1 years). Black patients had a shorter median OS of 7 years (95% confidence, 6.7-7.3 years). On multivariate Cox regression, adjusted for age and Charlson-Deyo comorbidity score, Black patients had significantly increased risk of death compared to White patients [HR 1.51 (95% CI 1.46-1.57, p<0.001)]. 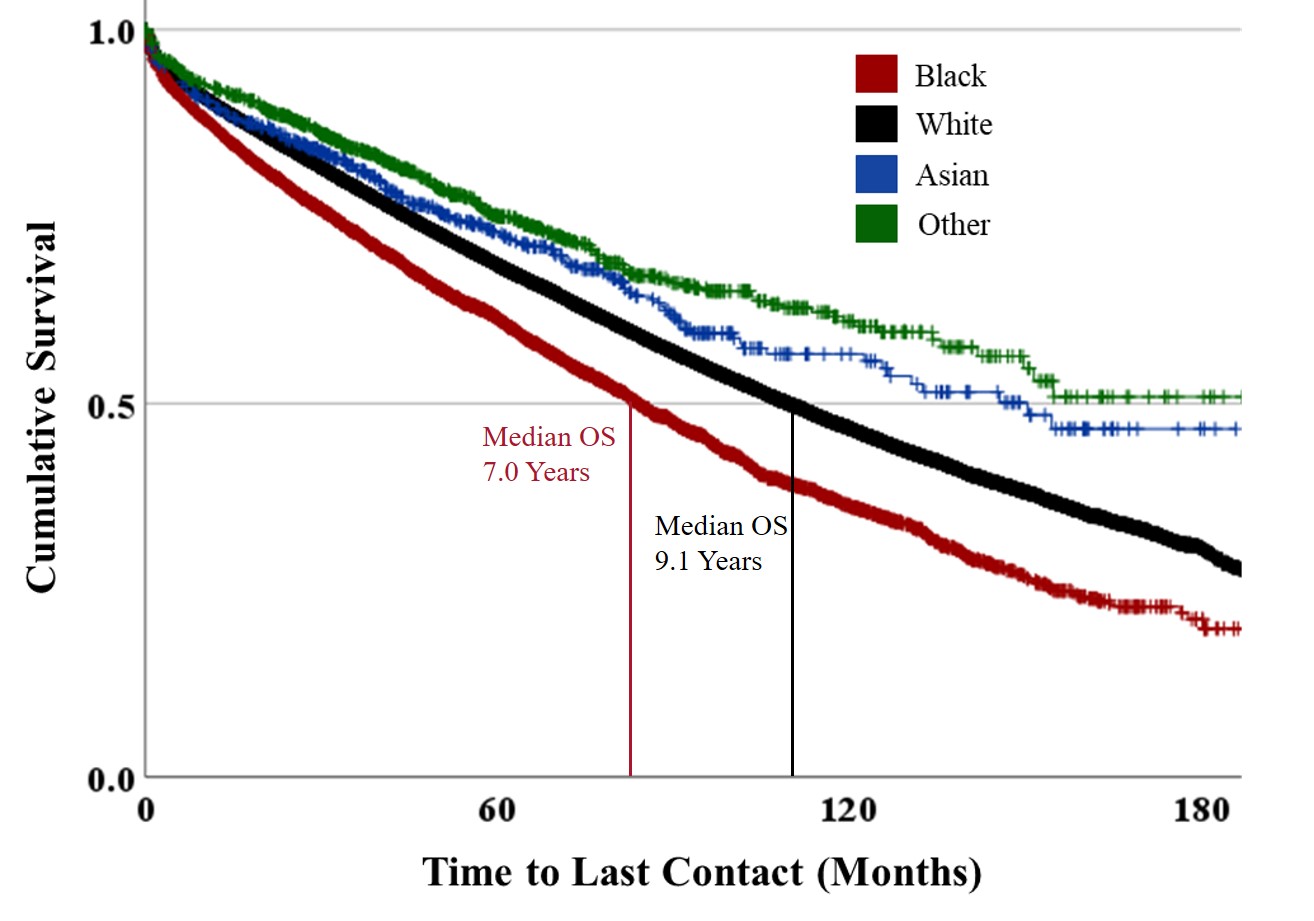 Then an attempt was made to examine how the relative disparity between White and Black patients has change with time. This graph shows the 1, 5, and 10 year proportional survival by year of diagnosis for both White and Black patients. It appears to improve over time (especially at 5 and 10 years) for both cohorts, and appears there may be improvement; however this is unadjusted and difficult to determine significance of the trends. 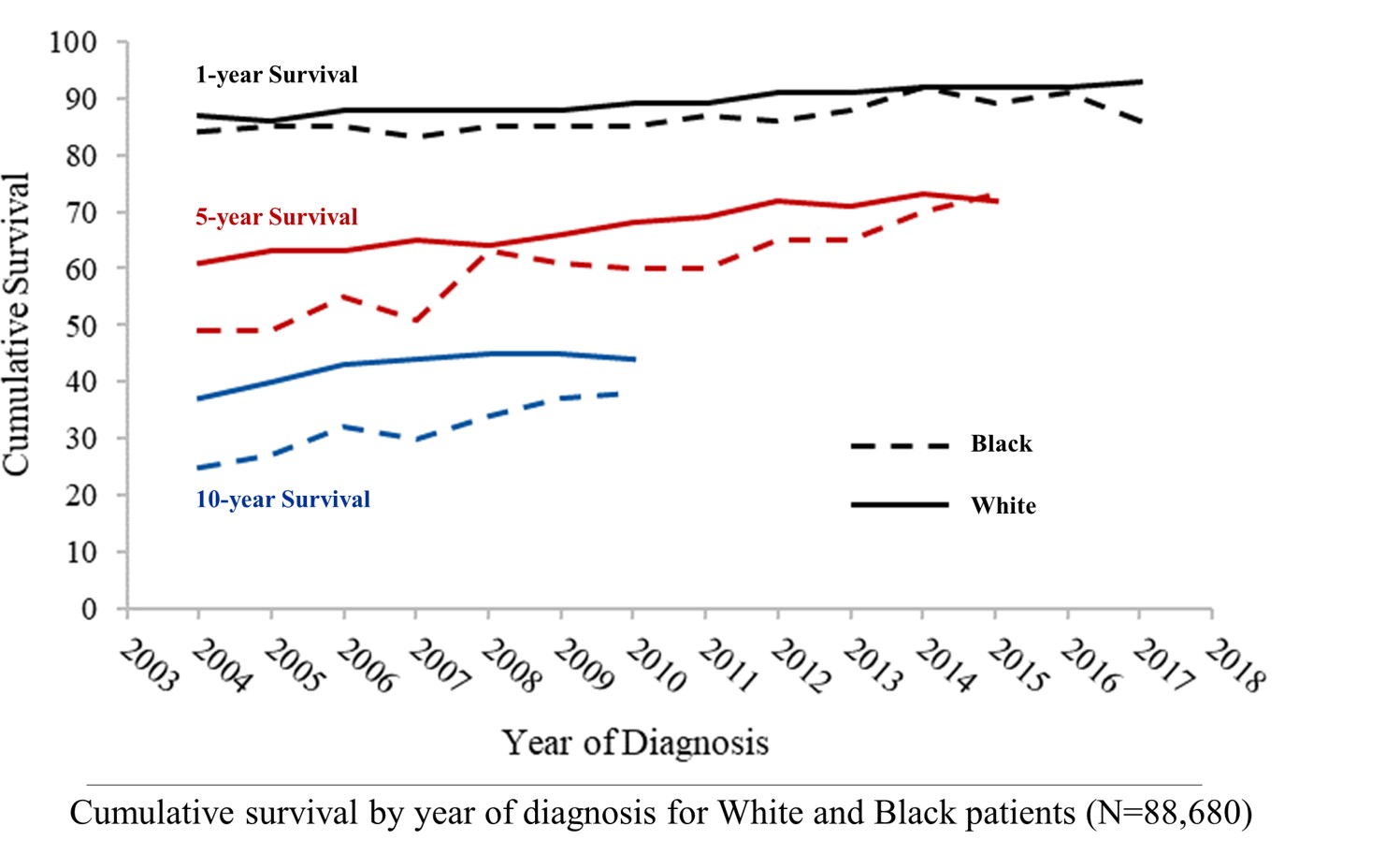 Finally, a multivariate cox regression was perforated (again adjusting for age and comorbidity burden) by time period of diagnosis to compare the risk of all cause mortality for Black patients compared to the White population. As demonstrated on the forest plot below, no significate change over time was observed. 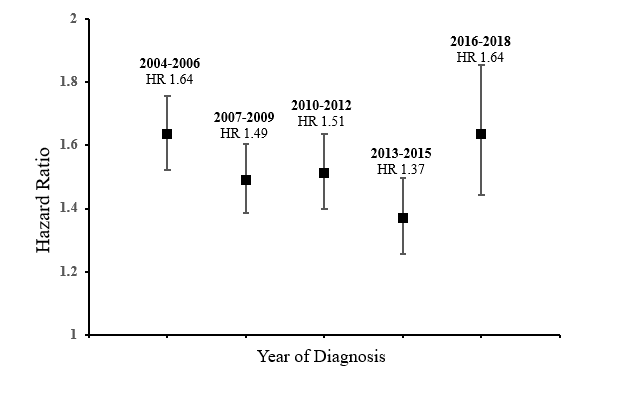 In summary, this report is the largest study to date (97,804 patients) on the characteristics and outcomes of CLL patients from underrepresented races and ethnicities. We found:

Black patients have significantly reduced survival compared to White patients (and those of other races) in the era of targeted oral CLL therapies.

These disparities do not appear to have improved since 2004. Factors that may contribute to that include: